Details
It doesn't get much more rare than the single vintage Palo Cortado from Gonzalez Byass.  They have always held some of the finest wines of good vintages out of the solera system and aged them for the family. And some time ago they started releasing small quantities of these wines.  So this is a single vintage Palo Cortado that has been aged in barrel for almost three decades before being bottled in April 2019.
"Only the finest oxidative wines are classified as Palo Cortado, and that usually happens only after they age for a long time, as is the case with the rare 1991 Palo Cortado de Anada, a rarity because it's not from a solera blend of vintages, but from a single harvest. Not having younger wines blended in makes the evolution faster, and vintage Sherry wines usually feel older than the corresponding solera ones. It was interesting to taste next to the Cuatro Palmas, a very old Amontillado, older on average than this wine, which was darker, denoting more oxidation, and I could have said they'd be about the same age. The Anada had pungent aromas but was a lot more aromatic and expressive, and it had a gentle touch that the edgy Amontillado was not showing. The palate was intense, and the flavors refused to leave your mouth well after you have swallowed. These are eternal wines that can be kept forever, even after the bottle has been opened. Stunning! Only 992 beautiful bottles, which reproduce the old bottle and are sealed with thick red wax, will be filled in April 2019, but the wine is not going to change after 27 years in cask." Luis Gutierrez The Wine Advocate 97 points
" Terrific complexity in the nose with mahogany, grilled nuts and such good rancio, as well as walnuts. The palate is impressive with such bold acidity, holding the finish very long. Smoky, flinty and dry, grilled nuts to close." James Suckling 94 points
Reviews 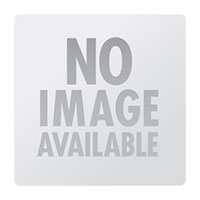